I had the real privilege this weekend of watching over 700 high school  students representing 11 schools in 20 ensembles compete for trophies at the 28th Annual Roxbury Invitational.  (Full disclosure: I’m also the web registration manager and recording technician for the event.)  With kids so much in the news this weekend, I thought a reflection was relevant.

I’ve attended as a working staff member since 2011 but have been associated with the event since its inception. I’ve been watching 15-18-year-olds singing on that stage long enough to see past-choir members return as teachers, staff members, adjudicators and even the Director of the event.

Despite the rotation of schools and ensembles through the years, the behavior of the collective students has been immutably constant.  In the hallways, they are loud, animated, nervous and jerky, shy, self-absorbed and simultaneously aware of their Being in the moment, and astoundingly responsive to adult direction.  They behave as a herd when lining up for performance or food while remaining incredibly polite and patient throughout the day.

Onstage, I watch this teeming mass of molecules bouncing off walls transform into a cohesive unit; well-rehearsed, determined, focused, appropriately prideful and collectively greater than their individual parts.

I also watch their teachers transform from professional cat-herders into the purest form of artist, sculpting aural beauty from student clay with graceful hand movements.

Hours of work are required to make this seem effortless. Many compositions are evaluated and rejected, selected and rehearsed but put aside, programmed but then shelved to get to the three or four songs finally performed.  We, in the audience, enjoyed only the best of the bunch, but each hour of work contributed its part, resulting in the choral teamwork presented on the stage.

For those too-few minutes, we forgot what was happening outside and reveled in the realized potential of human achievement.  Beauty, anguish, joy, torment, yearning and the infinitely abstract emotions captured by a composer and lyrist onto paper are given momentary existence for the audience to personalize through the lens of their own experiences.  Familiar songs recall related memories while unknown songs find their way to hidden emotions.

At the end of each ensemble’s performance, the audience of competing choirs rose in congratulatory ovation.  The choirs authentically, enthusiastically cheered their competition’s performance.  The students valued the work ethic required to get on that stage and showed their appreciation of strong competition.  If we are looking for behaviors to model, this would be a good place to start.

If you haven’t done so recently, support the Arts in education and go to your local high school’s next concert.  It’ll remind you that we’re a whole lot better than what we see on the news and our future is pretty damn bright. 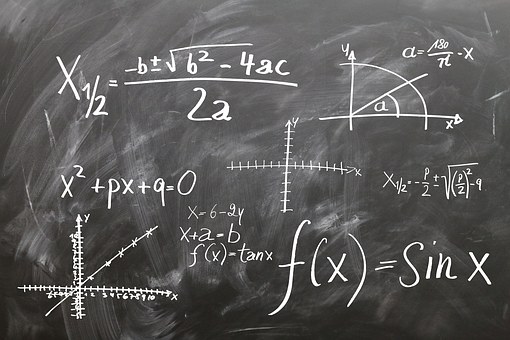 I had lunch this week with Jacob Levine of ChorusConnection.com (@chorusconnect), talking about similarities of our respective customers, which led to a discussion of design. We’ve both built working sites. These aren’t portfolios or product displays that lend themselves to grand artistic license but subscription sites which our customers use to get things done. We’ve taken up the challenge of designing sites that our users don’t really want to be on, doing things they really don’t want to do, and would love to just avoid altogether. It’s like designing a house that lovingly provides heat, comfort, and protection to a family that just wants to travel and be somewhere else!

And that’s really the point: We know that you don’t want to be sitting in front of a terminal wrangling spreadsheets, google docs and other fragile digital buckets.  That’s why you use our sites and urge others to do so.  You want to be standing in front of your podium with a spray of musicians making music!

It’s our missions to help you do just that and in doing so, we make design decisions: What goes where? Is it a text box or check box or radio button?  How much information is necessary?  How many clicks are required?  How few clicks are possible?  Ultimately, how can we help you spend as little time as possible on the thing we spend days, weeks, or more obsessing over?

We make educated, experienced guesses, but don’t really know what works until you open the page.  Most of the time, we guess right, or right enough.  When we don’t though, I implore you to help us.  Use our chat links, email addresses, and phone numbers.  Tell us what confuses you, what’s missing, what’s irrelevant.  What’s that one thing that would save you a ton of time?

If you’re scratching your head over something I’ve created, tickle the keyboard instead.  Let me know and I’ll fix it!